[Single] The Redland - No Sleep

Born and raised in the Redlands of Oklahoma and Louisiana respectively, Kose and Earv were naturally inspired to call the music duo they would go on to form 'The Redland.' But once their individual forms of expression crossed paths and began to meld into a dynamic sound that they considered a "state of mind" and a "voice that brings people together,” The Redland transcended the reference of simply being where they’re from to becoming an all-inclusive artistic movement.   Earv and Kos, whose collective influences run the gamut from John Lennon and Bob Marley to The Fugees and OutKast (artists known for their culture-shifting musical contributions), met while matriculated at Morehouse college in Atlanta, GA. Atlanta – which they’ve also adopted as part of their origins - and the Southern Hip Hop culture that defined it became fertile ground for the two, individually, to more deeply explore their musical talents. Then those talents collided. Through either happenstance or fate, it was discovered while in the midst of hanging out with mutual friends that Earv had an affinity for writing and Kos was a capable vocalist and producer. So, the pair decided to play around with creating music together. But what began as playful experimentation turned into production of a unique and compelling sound that deserved to be taken more seriously. Defined as Hip Hop for practical purposes, Earv’s and Kos’s conscious lyrics and hybrid sound - which seamlessly incorporates the myriad genres they were exposed to growing up - began to take on a life of its own. They began hearing their music played by friends and strangers and seeing it gaining momentum on social networking sites without their intervention. That and the realization that Hip Hop as they saw it was stuck in one gear, hitting the same "I'm richer, can get drunker and can have more sex than you” note is when they began seeing their contribution to the art form as more of a responsibility than “having fun.” Things took off from there and The Redland officially became a “Hip Hop movement born out of the soil,” representing those who desired to hear and be heard.   “We want the fans to feel they're a part of this inclusive group and they have a say in our direction and the type of music we make," they said. "We also try to look at ourselves honestly and really get that across to our audience. We don't let the genre define us, we define our own music and we're just ourselves. We feel like we have something to say, something to make an impact and we feel like it's something that's needed.

Posted by Bigga Rankin at 11:10 AM No comments:

Posted by Bigga Rankin at 4:19 PM No comments:

[Video] Produkt - Hold It Down

Hip Hop is life, power, and expression. Hip Hop transcends race, class and cultures. It has been the voice for those who have been marginalized and oppressed. Rap Renegade Produkt is the embodiment of true Hip Hop. Produkt is a breath of fresh air in a era where “Copy Cat” rappers rule. Produkt delivers vivid rhymes and smooth flows. His skillful wordplay and witty metaphors paint precise pictures. And his cadence and penmanship are top-notch. The rapper shows off a complete package of artistry. Produkt’s charismatic personality exudes swagger and he has gained the respect of hard core Hip Hop fans from across the globe. Moreover, his matinee idol good looks have resulted into a growing fan base among females as well. Produkt is a Rap juggernaut infused with a perfect blend of rebellious rage and charismatic cool. In recent months Produkt has made a tremendous impact with his hit singles “Hold It Down” and “Freak Affair.” The singles are garnering accolades and airplay on college radio stations and mixshows from around the country. Additionally, the music videos for his songs have received over 1 MILLION views among various blogs including WorldstarHipHop.com, Ballerstatus.com and YoRaps.com. “Come Get Me” has amassed over 70,000 real views on YouTube and “Father Forgive Me” has achieved over 71,000 real views on YouTube in just a couple of months. “I am building a solid movement one fan at a time,” states the rapper. Produkt’s team puts heavy emphasis on visuals and image. In fact, some people assume that he is already a major label artist due to the superior visual presentation that he displays. In addition, Produkt’s impressive presence on WorldstarHipHop and other blogs has led to him receiving a clothing sponsorship from L.E.S. clothing. Equally Important, One of Produkt’s unique selling propositions is that he has actually lived the life he raps about. His music incorporates an element of realism and rawness that is authentic and seldom seen on today’s independent musical landscape. Produkt is of Puerto Rican heritage and the legendary rapper Big Pun is one of his biggest influences. “Big Pun taught me that in order to stand out as a Hispanic in the Hip Hop culture, you need to be larger than life,” raves the emcee. Via Concore ENT
Posted by Bigga Rankin at 9:01 AM No comments:

Posted by Bigga Rankin at 9:20 AM No comments: Posted by Bigga Rankin at 8:09 AM No comments:

Posted by Bigga Rankin at 3:53 PM No comments:

Email ThisBlogThis!Share to TwitterShare to FacebookShare to Pinterest
Labels: 2 Chainz Coaches + J. Ross Has A Message For Uptown Sounds: The "A" Game (A.E.B.L Vlog Episode 2) (Video)

Scoot Maxwell - "For the Money" Posted by Bigga Rankin at 3:48 PM No comments:

Email ThisBlogThis!Share to TwitterShare to FacebookShare to Pinterest
Labels: Scoot Maxwell - "For the Money" Posted by Bigga Rankin at 3:44 PM No comments:

Indie Artist Reno Sosa (@Reno_Sosa) is on the rise. Currently pushing his mixtape, Plugs & Juggs, which has hosting by Cool Running DJs very own DJ Norfcak, and DJ Ace. This mixtape is doing very well on Live Mixtapes, so today we ask that you download, listen, play, vote, and support. Be on the lookout for official single releases.

Posted by Bigga Rankin at 12:54 PM No comments:

Posted by Bigga Rankin at 9:06 AM No comments:


Posted by Bigga Rankin at 9:38 PM No comments: Visuals for Osshawn Burke's "Still Going In", a tribute to Doe B. #RIPDOEB.

Posted by Bigga Rankin at 11:45 AM No comments: Visuals for JBO's "Finesse" which is available on on iTunes.

Posted by Bigga Rankin at 12:36 PM No comments:

Young Star (@YoungStarOyes) was originally born in San Diego California but grew up in Long Beach California. It wasn't until he moved to Oklahoma at the age of 11, that he knew his life was about to change. Currently he is living in Miami, Florida and making major moves with his music. After a successful campaign with the single "Get Out Your Feelings" ft K Kutta. Young Star is currently on the road everyday going city to city showing off his talents in studios & on stage chasing his dream and living proofs that you can make it big no matter where you from as long as you work like its no tomorrow! If you ask him he'll tell you simple and plain; His main goal is to get his music heard by the entire world while hopefully changing lives and helping to uplift people that needs it throughout their own lives. so when it's all said and done, the masses will agree: Young Star today brings us his latest single "YNOM" which is sure to grab the attention of many. Listen, Download, and Support.

Posted by Bigga Rankin at 10:24 AM No comments: 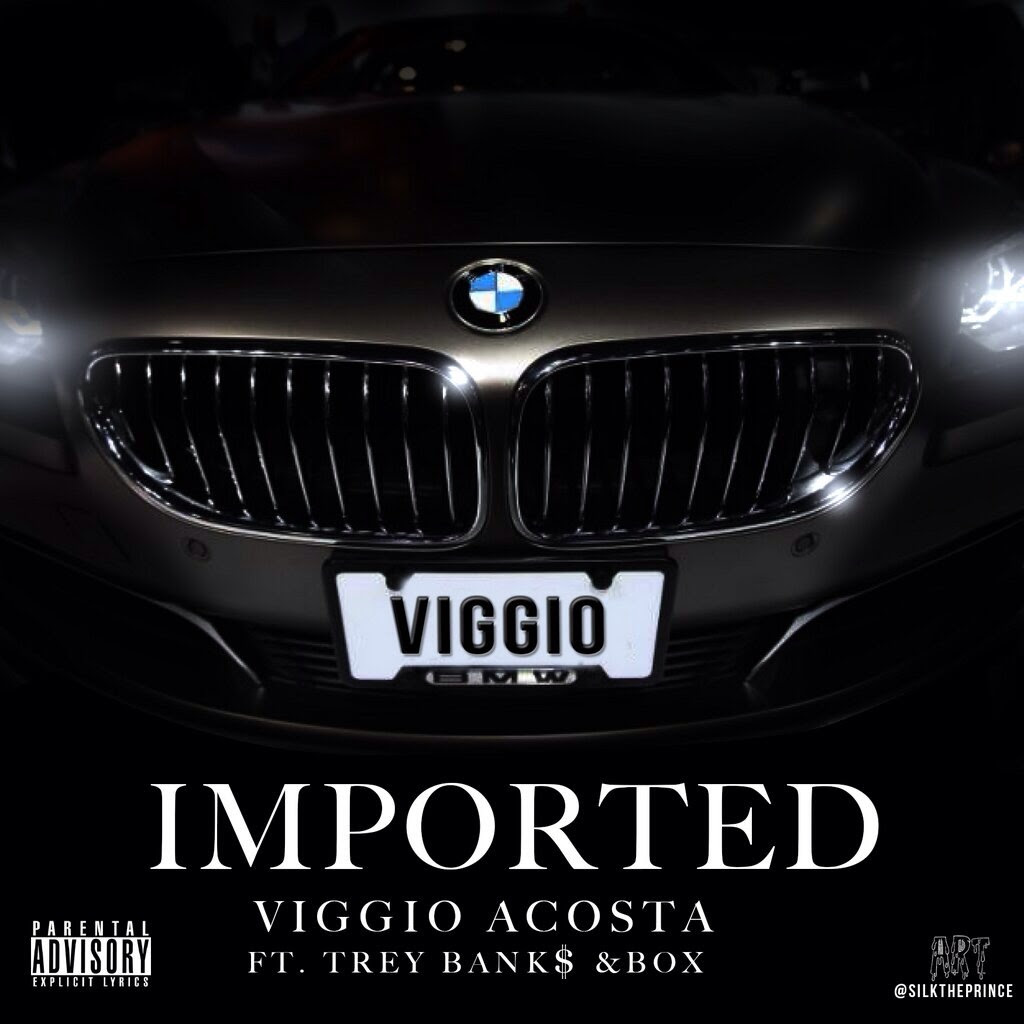 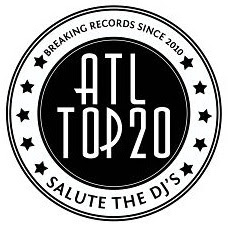 Posted by Bigga Rankin at 8:33 AM No comments:

College Hill Music Group's very own T-Raw (@Traw813) is back with a brand new single that's going to take the clubs by storm. T-Raw has spent quite some time traveling both nationally and internationally. Throughout these trips he has taken his music with him and thanks to the fans, djs, and record breakers the choice to release "Get It" was made. "Get It" features T-Raw and Crit, both dropping strong lyrics behind a production that is easy to vibe to, but will get the dance floor moving also. If you never had the chance to hear T-Raw, you will not want to stop at this record and for those that have heard T-Raw before than you can see he is not slowing down. Fans have already said "T-Raw came back like he left something" but in all honesty, T-Raw never left. Press Play, Listen, Download and add "Get It" to your playlist today.

Posted by Bigga Rankin at 1:14 PM No comments:

Posted by Bigga Rankin at 9:29 AM No comments: Marcus Moody, formerly known as Paypa was born in Chicago, IL and relocated to Moreno Valley, CA when he was 13 years old. He began rapping at the age of 12. Some of his influencers include: Bump J, Jay-Z, Scarface, Common, and Kanye West. He signed his first major record label deal with SRC in 2010 and released three well received mix-tapes titled Henny On The Rocks: 1, 2, and 3. Now, under a new name and movement, Marcus’ evolution in music is one to rival the greats. After his last single “Sick & Tired” occupied radio listeners with a conversational piece, his newest release “Juve” will be sure to dominate clubs around the nation. His EP “60 West” is set to be released winter of 2014. Posted by Bigga Rankin at 7:14 AM No comments: