Legendary DJ Bigga Rankin co-signs Issa aka “the young veteran” and states “he is the closest thing to a star that I’ve seen since Jeezy, 2Chainz, and T.I.”, whom he also helped break into the music industry over 10 years ago. Issa is now back with his 4th mixtape entitled “This Summer”, hosted by Bigga Rankin, DJ Keem, DJ Omezy, DJ Key, and DJ Plugg; but this time around Issa brings the streets with him. Issa continues to work with some of the biggest DJs and artists in the industry and has been grinding since a very young age, which is why he is dubbed as “the young veteran”. Malik Yusef, 5-time Grammy winner states “I’ve never witnessed someone as gifted as Issa at this level in his career”. Issa is quoted saying “I appreciate all the love and support I’ve received from my peers, at the end of the day though I’d like to be mentioned as one of the greatest and I’m not going to stop working until it’s done.” Today, Good Life Music Group is proud to release “This Summer”, Issa’s latest body of work and we ask that you press play, download, and share; because even if you not been a part of it, get in on the ground floor, and witness Issa’s journey into greatness. Connect w/ Issa: @IssaIam IssaIam www.IssaIam.com
Posted by Bigga Rankin at 6:23 PM No comments:

Posted by Bigga Rankin at 9:06 AM No comments: 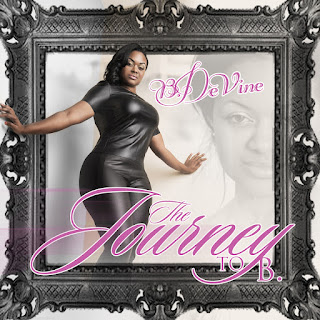 Bio
The wait is finally over! Coasting off of the success of her sophomore hit "LovePain", B.DeVINE, a Jacksonville Florida, R&B Songstress has come back with the first single, “ASPHALT”  from her newly released EP entitled; “The Journey To B.” ASPHALT is an addictive mix of Sexy R&B and Hip-Hop! Also, featured on this sizzling track is fellow Jacksonville, Florida Rapper, Arkane and is produced by Super Producer MamaDo!

Posted by Bigga Rankin at 8:53 AM No comments:

DJs DOWNLOAD, PLAY AND LET US KNOW HOW IT DID IN YOUR SPOT!!!!!
SEND ALL FEEDBACK, DROP SCRIPTS, PICS AND VIDEOS OF YOU ROCKING THIS BANGER
TO USADJS@GMAIL.COM

ANY ADDITIONAL INFO
​
CONTACT: PONCHO @ USADJS@GMAIL.COM
Posted by Bigga Rankin at 8:04 AM No comments:

Email ThisBlogThis!Share to TwitterShare to FacebookShare to Pinterest
Labels: EFFICIAL & REECIALGO PRESENTS "I DO"

Posted by Bigga Rankin at 7:45 AM No comments:

Posted by Bigga Rankin at 7:02 AM No comments:

Video: Freco & Merlo - Drop
Atlanta duo Freco and Merlo release the official video for their hit dance and song "Drop", the newest party anthem taking over the clubs and parties around the South. After catching mainstream attention from major celebrities and athletes, "Drop" is looking like the next dance sensation that's blowing up across the nation. With over 7 million streams and growing, "Drop" shows no signs of slowing down.

Twitter: @IHateFreco_ & @Iam_Merlo
Posted by Bigga Rankin at 7:00 AM No comments:

From his latest mixtape S.O.O.N., Sy Ari's Intro track sparked controversy with a reference to Eric Gardner in the hook. The Intro was produced by Ear Drummers own, 30 Roc, with also a special appearance from Snootie Wild in the video.

Posted by Bigga Rankin at 6:53 AM No comments:

As any legend, it's not always what you do, but the message you leave and how many generations you touch. Tupac is undoubtedly one of hip hops greatest legends and as an emerging hip hop great, Issa pays homage to the artist whose words will live forever. “Makaveli” has already hit numerous blogs, mixtapes, playlists, and more. Today, as the world celebrates the birth of Tupac, Good Life Music Group is proud to drop the visual to the TBlack The Hitmaker produced “Makaveli” as a continuance of Issa's homage to an artist he will forever look up to.
Click [Here] To Download the Track!
Connect w/ Issa Twitter: @IssaIam Instagram: IssaIam Website: IssaIam.com
Posted by Bigga Rankin at 12:27 PM No comments:

Super producer Polow Da Don and DJ Siobhan Bell teamed up to release the track titled, “Pay Me,” featuring IAMIAMI. “Pay Me” is an uptempo bass heavy track that includes a sample from Lyn Collins’ 1972 song, “Think (About It).” The sample is most notably recognized in the late 1980s hit, “It Takes Two,” by Rob Base and DJ E-Z Rock. Bell boasts the bravado of a male throughout the track with her hard-hitting lyrics and witty punch lines. Serving as an ode to males to step their game up (“Can’t make it rain dubs get the f— out the club”) and also for females to keep their men close by, (Imma bad b—-, and ya girl ain’t s—), this track will have the club turned up for the remainder of the summer for sure. Bell hails from London and since 2010, she has covered a considerable amount of ground on the music scene. Dabbling in different genres, including trap, R&B and house has made her a mainstay in her hometown. Polow has enjoyed success on a number of fronts while producing for stars such as Keri Hilson, Usher, Chris Brown, Mario and Ester Dean. His record with Ester Dean, “Drop It Low,” is also sampled in “Pay Me” as well. “ ‘Pay Me’ is a female anthem for the club. It allows women to say how they really feel under the disguise of a party record,” Polow stated. “It has an old-school Miami feel to it, it’s fun.” Recently, Polow received a new deal with Epic Records, which experienced a resurgence thanks to LA Reid. Be on the look out for more music from Siobhan Bell and also for more music from Polow Da Don as he has produced three new tracks on Ciara’s upcoming album.

Khaotic (@Khaotic305) brings in YFN Lucci (@YFNLucci) for the remix to his breakout record "These Hoes For Errybody". Str8Drop Records and Think Its A Game links up via Bigga Rankin. Connect w/ Khaotic and YFN Lucci:

Posted by Bigga Rankin at 5:16 PM No comments:

YFN Lucci (@YFNLucci) is back with another massive visual. Following the successful intro video to "Patience", he has dropped "Know No Better", which is also off the "Wish Me Well" album. Watch the video and download the record today.

Cannible Release "Exodus" of the New Mixtape Entitled "Sauce God" Hosted By @BiggaRankin00 Out Now On Spinrilla.
Follow Cannible On Twitter/IG @Cannible901
Posted by Bigga Rankin at 11:14 AM No comments:

DJ D.Souff (@DJDSouff) is back with Vol 31 of the World Famous "Southern Seduction" mixtape series. Hosted by DaQueenBreeze of BreezySays Radio, featuring new RnB Bangers from Boosie Badazz, Rico Love, Lynn Tate, Kiara Friedrich, Luney Tunez, Yung Thug & many more. These ain't ya mamma's love songs so strap up and get ready to enjoy the ride.
Posted by Bigga Rankin at 9:18 AM No comments:

Since the last time DJ Kouture and Breezy Says dropped the Double Trouble series these ladies have been hard at work. They have created and are successfully running a full service marketing company, online radio station, and more. The music has always been a passion and these ladies could not start the year without dropping volume 5 of the highly successful series. We now present you with DoubleTrouble volume 5 with guest host ButtaGoHarder rounding out the allstar cast. Consistent growth, quality music, at an independently major level is the goal for every project we put our stamp on. This series is an absolute must download for all fans, bloggers, djs, and tastemakers.
Posted by Bigga Rankin at 10:27 AM No comments: