Five Star Empire's very own Casino Mel is gearing up to release his mixtape project titled "Casino My Religion", Trap Nigga is the first single off that project. Feedback and Support is appreciated. Connect w/ Casino: Twitter: @IamCasinoMel Instagram: CasinoMel Facebook: facebook.com/jarmel1
Posted by Bigga Rankin at 11:51 AM No comments:

Lost Key Records and Team Bigga Rankin team up to bring you "So Much Money", the latest record from Cyko featuring Rich Homie Quan. Connect w/ Cyko: Twitter: @iamcyko_ Instagram: iamcyko_
Posted by Bigga Rankin at 10:47 AM No comments:

Music is how LA native Yung Millian, a thirty year old hip hop artist tells his stories from the dark alleyways and busy streets. Although he now in Atlanta, his heart and music is deeply rooted back at home (insert popular street name). 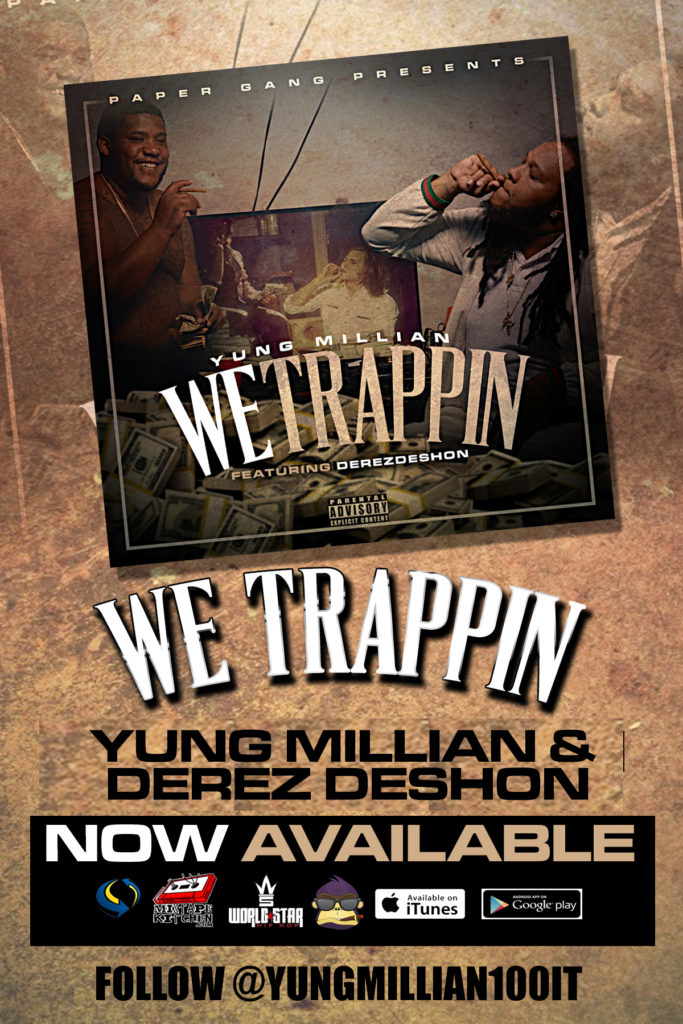 The industry will get to hear this in the largest project of his career: Yung Millian presents Paper Gang. Paper Gang is a group of individuals who have fast cars and big dreams. Paper Gang calls the South Side of Atlanta, better known as Clay County home. In addition to Yung Millian some of the other artists in the group include: D Dash, Camaro Smash, 5108Fred, Mooch, Drigo, Tupee, & Veezy Da Man 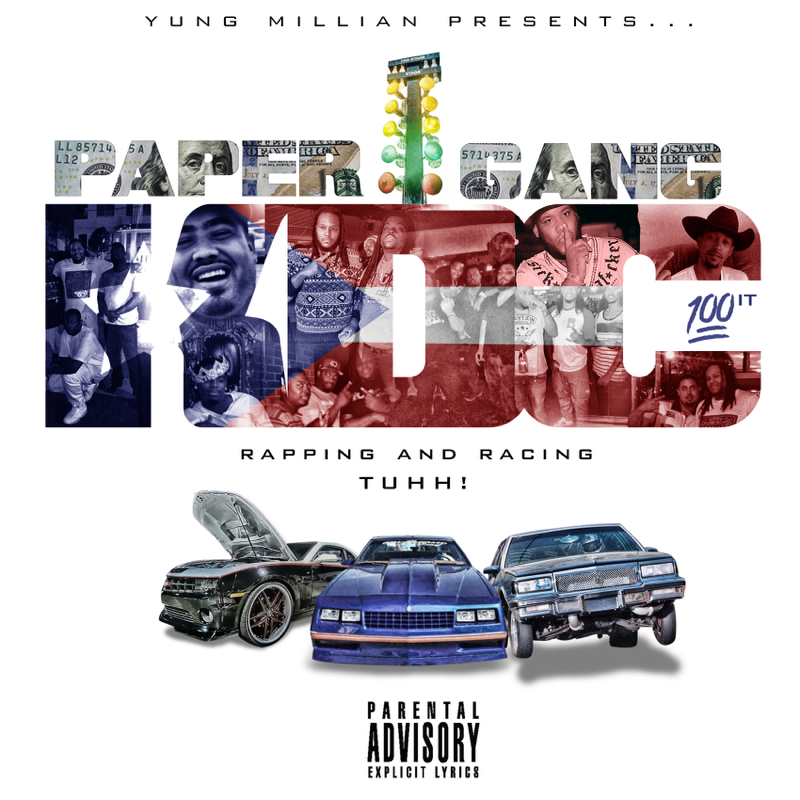 The father of three has worked with multiple other artists, those include: D Dash, PeeWee Longway, Dreco, and Camaro Smash. Yung Millian’s influences are as unique as is flow, like many who share his Cali roots Yung Millian says he is influenced by such natives as 2 Pac, Ice Cube or Snoop Dogg. But it is his life, friends, family, and emotions that hold the most influence in his flow and thoughts. Listeners will be able to experience this with the release of “We Trapping” feat. Derez Deshon below.
Posted by Amanda 'MzOnPointPromo' Goldben at 6:06 PM No comments:

After a two year break Bambi releases her third mixtape "Return of the Lipstick Bawse" which includes an array of remixes and a few original tracks to satisfy her fans until the release of her album. Connect w/ Bambi: Twitter: @AdizBambi Instagram: AdizTheBam
Posted by Bigga Rankin at 11:11 AM No comments:

Miami artist Wilo has consistently dropped hardcore street anthems, but has teamed up with JKash and prod. TracKingsLLC for "Wet Wet", this one is for the ladies. We appreciate all support & feedback.

Chicago native CHI-ILL links with Multi-Platinum Super Producer Dame Grease.  Narrated by The OG Bigga Rankin this project has something for everyone. 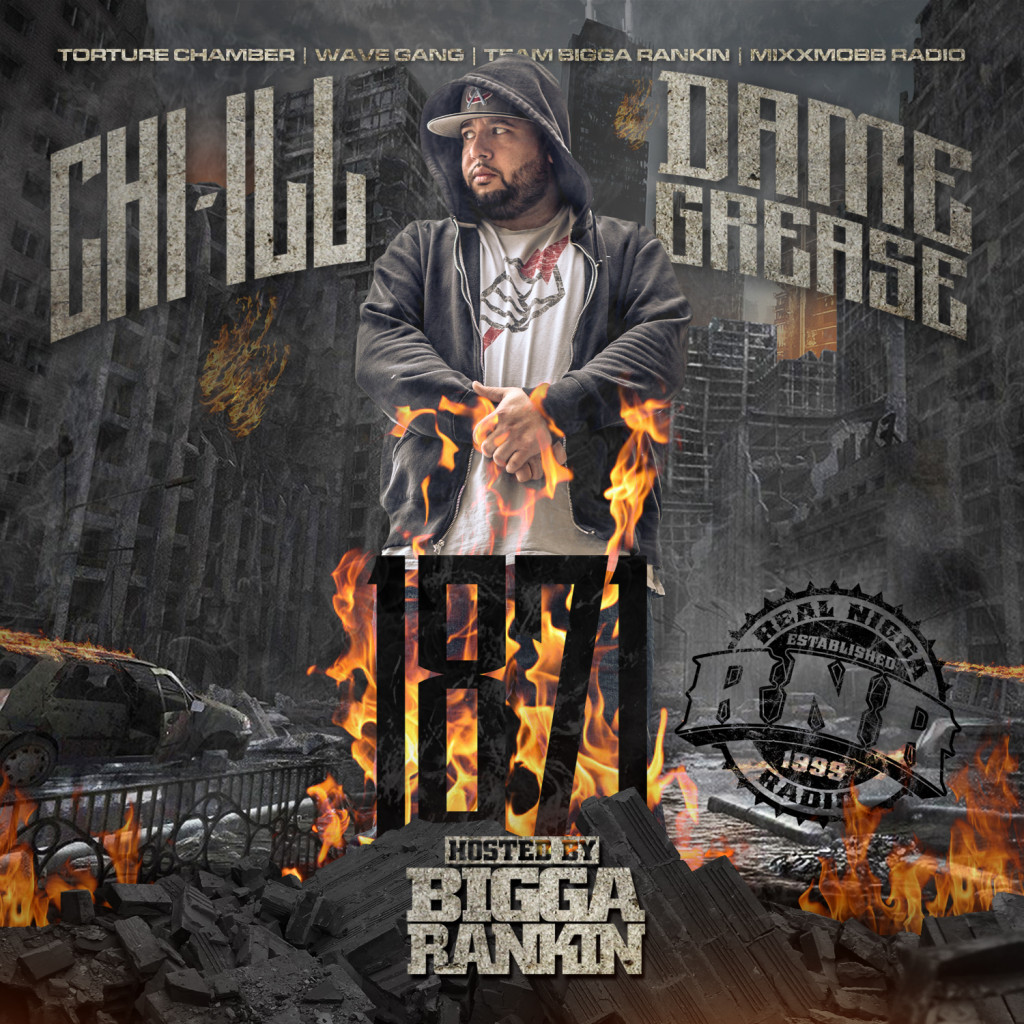 Twitter/IG: chi_ill
For Booking Contact: torturechamberinc@gmail.com
Posted by Amanda 'MzOnPointPromo' Goldben at 11:55 AM No comments:

Everyone has a past and it’s often those with one's paved with hard times that make the best stories. Especially when those people pull themselves up and are able to breakaway from past mistakes and hardships, and more onward. Rushbilli is one of those people who have seen the worst of times, but isn’t about to let his stint in prison define him for the rest of his life. Instead, it’s pushing him towards his goals and getting him back into the rap game. Hailing from the same streets as Birdman, Rushbilli sees that as a sign that he can not only make it in hip hop - but go on to be a name that sits on the shelf alongside the likes of not only Birdman, but other men who have talent both in front and behind the mic. He’s not only an artist, he’s also got a business mindset that sets him apart from many of his peers; working on his music and his label as he starts to reinvest in his artistry. It’s been awhile since he’s been at it, but before his stint in prison - he did his fair share of touring and went everywhere from Florida to California. Today he’s got some things planned with the SCM Awards, as well as having the world enjoy his single, “I’m That Guy” which features Boosie BadAzz and Kief Brown. Those interested in hearing more from Rushbilli, connecting with him about a project, or finding out more about his label - can check him out online, get in touch with him with the info below or read about his trials and tribulations in his book, Parable of Buried Treasures, Sacrifices, and Masked Beauty, available here. About: Rushbilli is a rapper from New Orleans whose stint in prison gave him time to reevaluate his life. Once out, he decided to get back into music and now he’s putting all his time and energy into not only creating music, but building his label. Contact: Buried Treasures LLC Rushbilli humiditysolutionsinc@gmail.com Links: Official Site: http://www.rushbilli.org Facebook: https://www.facebook.com/RUSHBILLI Twitter: https://twitter.com/RistakerBully Instagram: https://www.instagram.com/rushbilli SoundCloud: https://soundcloud.com/Rushbilli Write up by ArtistPR.
Posted by Bigga Rankin at 11:19 AM No comments:

The Diamond Awards formerly known as the Duval Diamond Awards inaugurated 16 years ago by Bigga Rankin was established to celebrate not only the major artists from the south, but as a way to put Duval on the map as a major entertainment market. Artists such as Rick Ross, Yo Gotti, Young Jeezy, Trina and 2Chainz won their first music awards at the former Duval Diamond Awards and went on to major stardom. This is not your average local awards show, we have grown past the trials, the haters, and the doubters...even though they still exist, we are proud to say that every year we get "Bigga and Better" Diamond Awards “Building Legacies through Generations.” The official Diamond Awards mixtape celebrates the artists whom have dedicated their time into making quality music and are not afraid to invest in the advancement of their career. Hosted by Bigga Rankin himself, Tony Davis The DJ, and DJ Neutron with the mixing done by our Engineer of the year winner DJ Stikuhbush, we present to you the XVI Diamond Awards Mixtape. "Greatness Over Time." Connect w/ Hosts: Twitter: @BiggaRankin00, @TonyDavisTheDJ, @DJNeutron IG: @BiggaRankin00, @TonyDavisTheDJ2Day, @DJNeutron
Posted by Bigga Rankin at 1:31 PM No comments:

'Fourtune' (pronounced Fortune) is a rapidly rising R&B group that hails from Milwaukee, WI. Unlike most groups, the fellas of 'Fourtune' don’t have designated or specific roles. Thus giving them the advantage of having multiple songwriters, instrument players, producers, and harmonizers. On a mission to bring back the golden sound of real quality R&B ‘Fourtune’ is sure to become a staple among lovers of true R&B music. Connect with Fourtune Twitter & Instagram: @WeAreFourtune Visit: http://Wearefourtune.com Booking and all other business: Anthony aka BIG Tone Musicinfogroup P: 682-325-9483 E; Musicinfogroup@gmail.com
Posted by Bigga Rankin at 1:24 PM No comments:

Issa continues to push out new music with his latest EP "Blue Moon". "Blue Moon" is executive produced by super producer Cassius Jay and is a project in which Issa continues to tap and showcase new sounds, direction, and growth. The Good Life & NNTME artist is determined to take no breaks as the inspiration flows, he takes it to the studio and gives the fans what he is best known for, MUSIC! Support by downloading and sharing his new project today. Connect w/ Issa: www.IssaIam.com Twitter: @IssaIam Instagram: IssaIam
Posted by Bigga Rankin at 12:43 PM No comments:

"Ain't No Nigga Like Me," is not only Vain's theme song it is also a special dedication to Big Kap who passed away February 3, of this year. Big Kap achieved platinum status for the release of album "The Tunnel" with Funkmaster Flex. Big Kap is also accredited with helping to launch the career of Biggie Smalls has received numerous tributes since his death including one from the Grammy Awards! Big Kap who co-signed Vain's talent took Vain under his wing and into his studio where they collaborated on the single, "Bottles In The Air," which features Vain, B. Morgan and a rare Big Kap vocal performance. Big Kap featured Vain's single, "Throw It Back," on his State to State Mixtape which was his final release. Vain went out on tour with Big Kap on his Legends Tour where they performed "Ain't No Nigga Like Me," which was was a personal favorite of Big Kap's. So much so that he performed it live with Vain at the Coast to Coast Showcase. Part of this rare performance footage is featured in the, " Ain't No Nigga Like Me," video which can be seen below.

Posted by Bigga Rankin at 10:22 AM No comments:

Posted by Bigga Rankin at 9:04 AM No comments: