Cali born, but Jacksonville raised artist Balize is ready to put Motion Picture Music on the map. We present to you "Baseball", his latest track, prod by Knockout, support and feedback is appreciated.

Wayne Wonder & Bigga Rankin are two living legends, when you put these two together, greatness occurs. Today we drop a street remix to "Enemies", which is the 1st record off their upcoming project.

Memphis Native, ODO6 drops his club banger, "My Birthday" off his latest mixtape "4 & A Baby" hosted by Trapaholics. ODO6 treats everyday like his birthday, and plans to show everybody just how to turn up with this energized mix. Regardless of your race, gender, or culture, you can turn this track up and party like its your "Birthday". Video for "My Birthday" is currently underway and scheduled to release later this summer. For booking, features, beats or more info call 9015091465 or 9016145747. *** Ask your DJ to play that "My Birthday Song"***

TC Da Outlaw steps into the studio and begins his musical career with talents of this magnitude unseen in quite some time. TC Da Outlaw released his debut mixtape “Coming all the Way Down“ in and 2005 featured Rich Boy. It marked the streets with an artist that whom will undoubtedly be around for a long time to come. TC first untitled tracks were self-produced in one week, which were a total of 18 tracks that were solely him going in hard on the mic. During the time the Texas vibe of screw music was heavy in the streets, leading TC to link up with Tricky Trav from Cleveland who would connect him with Chamillionaire, 50/50 from Houston, and Magno; he made copies of the cds himself and flood the streets. The streets response was two thumbs up. Following his first rough draft, TC would go on to release “The Takeover” in 2006 with all original beats produced by YT the Great. TC’s 2008 “Money on the Way” mixtape brought out recognition of his lyrical talent and proved too many that TC had consistency and could be a force in the industry. Based on the success of his initial three mixtape releases TC took the opportunity in 2010 to collaborate with other artists for a while and continue to keep his next venture under works. TC best describes his list of features as, “the city” because there are definitely too many to name. His project “OG Status” released late 2013 served as his graduation from the streets and face to the music industry. TC da Outlaw is the ultimate representative of the music and street scene in Alabama. Rapping in the studio for more than 15 years, Outlaw releases his 13th mixtape “The Redprint” hosted by Bigga Rankin. Maturity in the industry comes with knowledge and this time around Outlaw is establishing his brand MGA (Major Grind Association).

V.A.I.N's hit single "Hello" has been sweeping the club scene off their feet. A true signature record. The infamous and never forgotten DJ Big Kap himself has cosigned not only this single but this artist before his passing earlier this year. Checkout some footage of Vain and Big Kap on tour promoting the single all across the south. Stream the entire single via soundcloud HERE

Posted by Bigga Rankin at 4:20 PM No comments:

Sky has been performing for about 4 yrs as a rapper recording artist Saxophonist/model. He has also done quite a few promo video's for lounges as well has written for other recording artists. Sky Brings diverse crowds to fit his unique approach to music with his colorful electronic hip hop/pop sound. Sky McCloud talks about his style & how his aesthetics compliment his Music: Link w/ Sky Twitter: @skymccloud100 Instagram: @_skymccloud Visit: skymccloud.com
Posted by Bigga Rankin at 12:27 PM No comments:

Big Mota is on his "Hulk Hogan" finesse, check out his breakout record from the Mr. 100 Rounds mixtape available on all mixtape sites. Connect w/ Big Mota: Twitter: @BigMota8 Instagram: BigMota8
Posted by Bigga Rankin at 11:09 AM No comments:

Rayface links up with Master P and together they bring us a banging new track "Bout It Remix", with the push of Team Bigga Rankin we know this is going far. Support and Feedback is appreciated. Connect w/ Rayface: Website: RayFaceMusic.com Twitter: @RayFaceSMM Instagram: RayFaceSMM
Posted by Bigga Rankin at 9:59 AM No comments:

Posted by Bigga Rankin at 3:45 PM No comments:

Celina Lina "About You" #1 Song on MMV

Congratulations to Celina Lina who's single "About You" was the #1 Voted Song on www.mymixtapevote.com 1st Quarter 2016!! Check out her single on My Mixtape Vote HERE.

Posted by Amanda 'MzOnPointPromo' Goldben at 2:26 PM No comments:

Posted by Amanda 'MzOnPointPromo' Goldben at 1:18 PM No comments:

2016 is shaping up to be a promising year for up-and-coming artist, Sarah Jane. For the last two-and-a-half years she’s been working diligently on her debut EP titled “Killer Robots.”

“I’ve been working out of three studios. It’s been an amazing process,” she stated. “I’m so proud of all the work that we’ve put into it. We’ve put in a lot of long, long nights, but I feel all the hard work is going to pay off.”

The upcoming EP is scheduled for a possible summer/fall release. According to rising star in the making, it promises not to disappoint. Fans will be easily captivated by it after listening to the first few bars, Jane, who is also an accomplished pianist, stated.

“The EP is really open, fun, imaginative. I really wanted to leave it up to the fans to decipher what kind of music they think it is. It’s really fun because it starts off light, then it gets more R&B and hip hop towards the third and fourth song,” she described. “It really showcases my talent, not just as a singer but as a pianist, too.”

The first single off the project is a catchy tune titled “Beautiful Magic.” It’s one of her favorite songs from the project.

“It’s about finding love and finding someone who makes you feel beautiful. The beats more urban and pop,” Jane explained.

Not surprisingly, the title track from the EP, “Killer Robots,” raises a few eyebrows. Many are amused by it—obviously due to the unique title, but then quickly fall in love with the beat and lyrics.

“I really wanted to have a story that is pretty and melodic but also had some humor. It’s very simple, but it’s fun to sing a lot,” she stated. “It’s cool to see the reaction of people in the studio when they listen to it. Then start laughing. It’s just me and this song and the piano—and then, of course, me talking about killer robots,” she laughed.

The EP will soon be featured on iTunes. For updates and to learn more about Jane, check her out on Twitter.

Posted by Bigga Rankin at 3:00 PM No comments:

Big Mota reppin South Memphis, out of Clearaborn Homes, has been gaining notoriety for his music and movement. In 2015 he linked up with the one and only streets A&R Bigga Rankin and DJ Hypemancrunk to release "Mr. 100 Rounds", which took him to another level. Recently he got with Trapahplics and the result is a massive mixtape titled "Mr. 100 Rounds 2". Check it out, listen, share, and support a artist on the rise.

Dee Boi releases new single in honor of Mother's Day rightfully titled "Mama". This awesome tribute to mothers features Raheem DeVaughn and is produced by The Colleagues via 448 Music Group and YFF. Check out the track and Support Dee Boi:

MIKE BANDZ AND T'RI$EN ARE TWO AMERICAN HIP HOP ARTIST BASED OUT OF WINSTON SALEM NC. PUTTING THE MUSIC INDUSTRY IN NOTICE WITH THEIR NEW SINGLE "PEOPLE ON YA" SHOWING THE FLIP SIDE OF THE DRUG GAME... ITS NOT ALL ITS CRACKED UP TO BE!!!

Posted by Bigga Rankin at 10:15 AM No comments:

Growing up in Abbeville, South Carolina Casino Mel was determined to live the life that rappers had. He eventually got caught up in the streets, which was the closest thing to the lifestyle he wanted that eventually landed him in prison for three years. After going through that experience Casino Mel became totally focused on music. He saw music as a positive way to follow his dreams and also help those around him. His first deal would come about in a spontaneous way. While waiting for a bus to get to his college classes he ended up having a conversation with two guys. They found out he rapped, so he freestyled on the spot, two weeks later he received his first deal. Talent and drive have always been on his side. Now through local shows he built a good name for himself that he is continuing to expand on. Currently Casino Mel has a deal with Five Star Empire and he is known for his storytelling abilities. He uses music to paint clear pictures that even someone who hasn’t walked in his shoes can still understand. Casino Mel feels he has to make it for his entire city and his son. With all of that pressure he uses it to go harder with his craft. He has plans to build businesses in Abbeville, giving other people a chance to make an honest living. “Make it 80” is what Casino Mel lives by. With everything he does he raises the bar. Just like in a high steak poker game he puts it all on the line; in the studio, stage, and in life. More than an artist, he is an example of changing your life by simply following your dream. ATL artist Celina Lina releases her official mixtape titled "Rebirth" The Two time winner of the Southern Muscle Music award for Female artist of the year displays through her music why she is correctly titled "DA Voice" and Queen of Hip Pop/R&B. Listen for yourself and follow the Queen on Twitter & Instagram
TW-@Celinamusicsite IG-@Celinalina_pow

Posted by Amanda 'MzOnPointPromo' Goldben at 2:12 PM No comments:

[Mixtape] MJay 'Made In Progress Village of America'

Team Bigga Rankin member MJay releases his new mixtape with the assistance of DJ Headbussa, Mr Supply N Demand himself. Both members of the exclusive and elusive Cool Running DJs this mixtape is sure to bring that fire. Check out 'Made in Progress Village of America' via LiveMixtapes below: 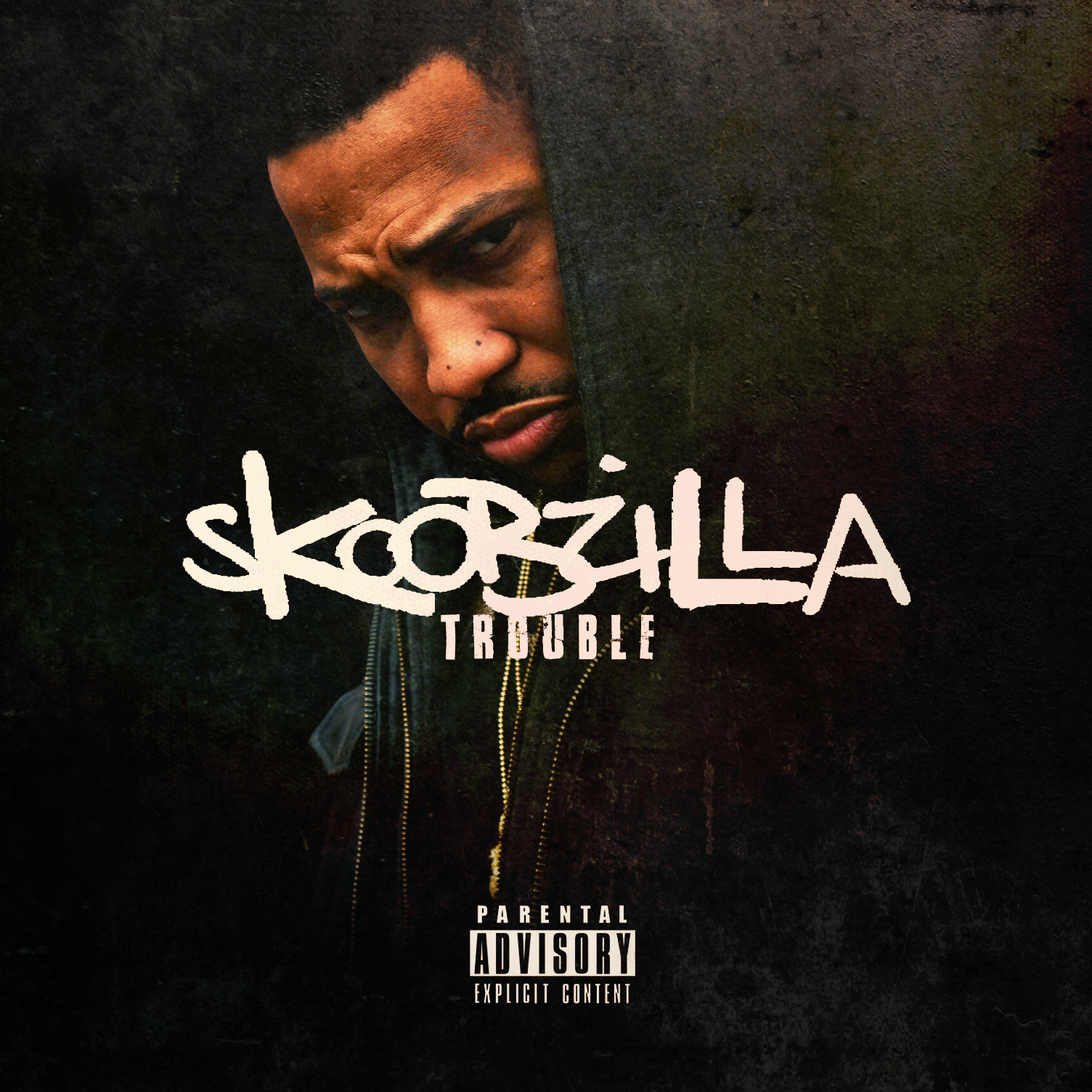 Posted by Amanda 'MzOnPointPromo' Goldben at 9:03 AM No comments: