Posted by Bigga Rankin at 6:15 PM No comments: 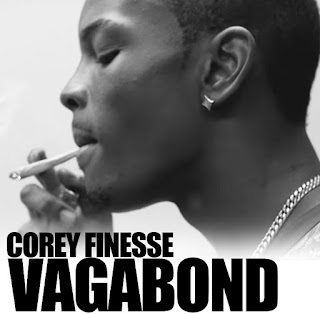 Posted by Bigga Rankin at 5:11 PM No comments:

Posted by Bigga Rankin at 3:23 PM No comments:

West Side Chicago street soldier Yung Stakks is definitely feeling like 'ballin' today as the first single off his recently released full-length, "In My Own Lane", the Zaytoven-produced "Ballin", entered Billboard's Hot Single Sales Chart at #6 this week and it holds the #3 spot on the Hip Hop/R&B chart as well. To celebrate, he is unleashing the follow-up video to "Ballin", entitled "Ignorant", throughout which the Chine Music artist takes you on a visual journey of the two hoods in which he grew up; North Lawndale and Austin Community, giving us a glimpse of how he gets his hustle on even while surrounded by the perils of the streets. "Ignorant" was produced by KingzOf. And to top all this great news off his mixtape "In My Own Lane" will now be available for download/stream for you all to see exactly what this artist is made of. Support is greatly appreciated. Datpiff Link: http://www.datpiff.com/Yung-Stakks-In-My-Own-Lane-mixtape.800637.html Spinrilla Link: https://spinrilla.com/mixtapes/yung-stakks-cm-in-my-own-lane Live Link: http://indy.livemixtapes.com/mixtapes/40781/yung-stakks-in-my-own-lane.html Connect w/ Yung Stakks: Twitter: @1yungstakks_ Instagram: 1yungstakks_
Posted by Bigga Rankin at 10:10 AM No comments:

NuBreed ENT and DJ Winn team up to release "Come From The Streets", by Gatah x Malaki prod by DEEMoney. Support and Feedback is greatly appreciated.

Intern with the BEST !

Would you like experience in Marketing & Brandin?  Event Production & Promotions?  Or even Blogging & Social Media? Promo Vatican is looking for YOU!  We have open interviews currently going on for interns on the best team in the nation!! 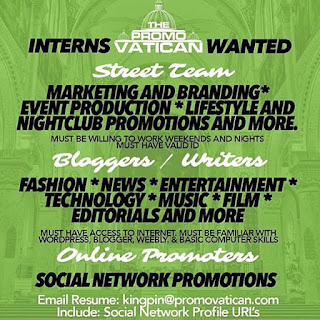 We have opportunities that open markets for new artists, give personalities platforms to build their own lane and experiences that will teach you a lifetime of skills.
Think you've got what it takes to be a Promo Vatican /Tema Bigga Rankin Intern?!
Send us an email at Kingpin@PromoVatican.com or TheWorldWideKeege@gmail.com including your social media handles and contact information.
We look forward to adding you to the team!

Posted by WorldWideKeege at 11:52 AM No comments:

FACE NELSON has just dropped his new single ' RIDIN' OUT"  off of  his up and coming project " RAWTHENTIC" with the new label of the south " BLU FLAME ENT."

Posted by Amanda 'MzOnPointPromo' Goldben at 12:07 PM No comments:

King Zan and Raxx Junnie are back with new visuals for their the single 'Problems'. It was also just announced that BluBlok and RaxxTheWorld will be collaborating on an entire project together. So there is much more still to come from these young men.

Posted by Bigga Rankin at 7:46 PM No comments:

Jacksonville, Florida 16 year old indie artist That Boy Poppa is here to cause a commotion. Hailing from the streets of Duval, known for its good and bad things, That Boy Poppa is chasing his dream. An artist that has a story to tell at such a tender age. With Bigga Rankin and Boss Security behind his movement, you are guaranteed to get a project that is tagged with talent and quality. Press Play and support Est.2000 the mixtape. 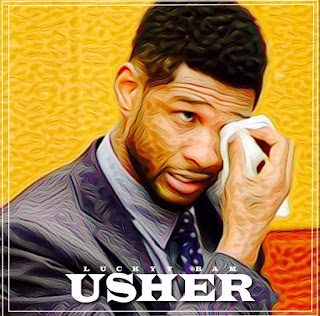 Follow him on all social media @LuckyyBam to see the upcoming video release.
Booking & Info:
luckyybam@gmail.com

Posted by WorldWideKeege at 4:06 PM No comments: 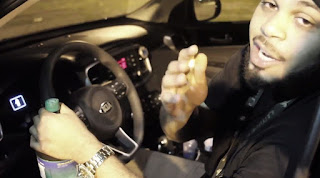 Posted by Bigga Rankin at 3:12 PM No comments:

Email ThisBlogThis!Share to TwitterShare to FacebookShare to Pinterest
Labels: Heightz Interview with Dj PrimeTime From 91.7 The RawFM

Posted by Bigga Rankin at 2:29 PM No comments:

CDon - "Get Behind Me" Video

Posted by Bigga Rankin at 2:19 PM No comments:

Email ThisBlogThis!Share to TwitterShare to FacebookShare to Pinterest
Labels: CDon - "Get Behind Me" Video

Posted by Bigga Rankin at 2:03 PM No comments: 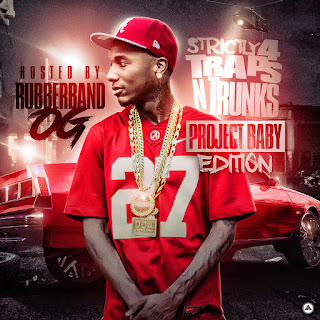 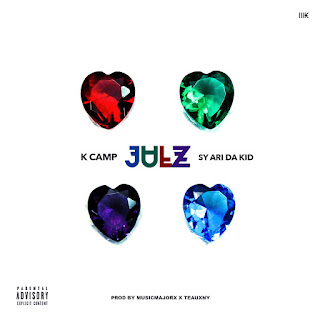 Sy Ari Da Kid + K Camp's latest collaboration titled, Julz. If you are online and/or familiar with Yes Julz, then you may catch on to this catchy hook. Produced by MajorMusicX & TEAUXNY. Link: https://soundcloud.com/sy-ari/julz-sy-ari-da-kid-k-camp-prod-by-musicmajorx-teauxny Embed Code: Artwork: attached Twitters: @SyAriDaKid @KCamp427
Posted by Bigga Rankin at 1:27 PM No comments:

Posted by Bigga Rankin at 1:15 PM No comments:

Posted by Bigga Rankin at 9:24 AM No comments:

Posted by Bigga Rankin at 5:18 AM No comments:

Posted by Bigga Rankin at 5:04 AM No comments:

New York, New York (Friday August 19, 2016)-
Friday, August 19, 2016 Bianca Dupree reintroduces herself to the world as Bianca Bonnie.  The project which is symbolically titled The 9th Year represents her 9yr Journey from her 2007 debut to now.  Back with a new sound, new look and strong team headed by music veteran Yandy Smith, Bianca is set to heat up the summer with music that will finally show the world how talented she is and solidify her spot in the competitive world of Hip Hop.
Bianca Dupree aka Bianca Bonnie formerly Young B was only 15 years old when the Harlem born teen penned the hit single “Chicken Noodle Soup” with her friend DJ Webstar. The song became a popular dance and almost overnight the blossoming star was making appearances on prestigious television programs such as, the Oprah Winfrey Show, Regis & Kelly, Ellen Degeneres, 106 & Park and Sesame Street.
Bianca has built an impressive performance resume opening shows at Madison Square Garden, Radio City Music hall, The Apollo Theatre, and the Philadelphia 76ers halftime show. She also won a Soul Train Award for “Best Dance Cut” back in 2007.  Since that time, Bianca has matured as a woman and evolved as an Artist. Experience with shady contracts, failed relationships, the loss of her number one supporter (her older brother) and all the negative chatter from those who said she wouldn’t do it again, has created an incredible entertainer with unmatched drive and amazing writing skills.
In 2015 Bianca was sought out by the producers of the hit reality franchise Love & Hip-Hop and asked to join the cast for season six of Love & Hip Hop New York. This was the big break Bianca had been waiting for. The premiere of season six reintroduced Bianca to the world and gave her a national stage for her long overdue comeback.
“I’ve been waiting to show fans who I really am and what a talented artist I am.
I’ve grown a lot and I want to show the world my growth and deliver an album full of hits they can dance to.” _ Bianca Bonnie
The album features production from Shy Boogs, Ray Lennon, Brian “People’s Garcia” and Ornell Bloomfield, with features from Jaquee and Rotimi of POWER fame.
Click [Here] To Stream/Download
PRESS PREVIEW HERE https://drive.google.com/folderview?id=0B7lEg4tTcFQ4SFRycW9Ld0Y2a0U&usp=sharing
Stay in Touch: For updates and invites to upcoming events –
Social Media: Facebook, Twitter, Instagram @BiancaIsKing
Posted by Bigga Rankin at 8:11 PM No comments:

Anthony "Absolute Balla” Burton is an up incoming Hip Pop Artist was born in Indiana on Oct. 4, 1985 but resides in Phoenix, Arizona. A.B developed a passion for music at 8 yrs. old when he started playing musical instruments such as the Flute, Saxophone, Trumpet, Cornet, Mellophonium, and French horn in the school band. His understanding of music transpired to songwriting shortly afterwards. He's written multiple Hip Hop, Pop and R&B songs creating his own genre called "Hip Pop." His passion for music is like no other! His devotion to be one of the best in the industry is what drives him today. He has performed at multiple venues within the Metropolitan Area in Phoenix, Scottsdale and Tempe Arizona. He has recently won the Arizona "Meet and Greet" Contest granting him an independent distribution contract. He is now set on releasing his Debut Single "Snap" worldwide and is looking to make an impact in the industry.... May GOD Direct His Journey Well... Contact and/or Booking Info Tru Vision Management 1 (706) 530-7325
Posted by Bigga Rankin at 2:42 PM No comments:

Team Bigga Rankin & BOSS Security proudly present Jacksonville Florida's very own "Poppa". With his Bigga Rankin Hosted mixtape "That Boy Poppa" Est. 2000 on the horizon the time has come to give the people the 1st single, "Fall Off" produced by and featuring Scrill White. Connect w/ ThatBoyPoppa: Twitter: @ThatBoyPoppa Instagram: ThatBoyPoppa
Posted by Bigga Rankin at 9:31 AM No comments:

818's Very Own, A.I.T, Releases highly anticipated EP, 8:18.The Project includes Features from Love & Hip Hop star, Lil Scrappy, and Rossi of HBK, With production from Dj Kronic and Maskerade, to name a few. The North Hollywood Representative showcases his versatility with his lyrical flow over high energy beats, to his catchy tunes. @AIT818 @reallilscrappy @Rossisings

Posted by Bigga Rankin at 1:14 PM No comments:

Posted by Bigga Rankin at 3:15 PM No comments: