Hot new single from Detroit’s rising star T. Villa a Athem for everybody that want to do it big and that’s doing it BIG


Posted by Amanda 'MzOnPointPromo' Goldben at 6:43 PM No comments: 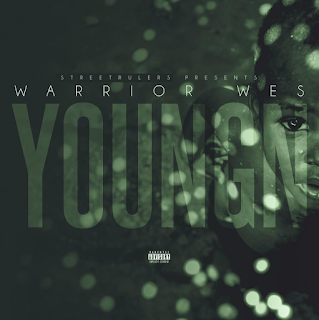 Warrior Wes releases the video for his new song Youngn', shot and edited by Tower World Film. The South Carolina rapper showcases his superb rapping as he describes the lengths he will go to take care of his family. This record is off the soon to be released mixtape, 'Until Now' hosted by Dirty Glove Bastard; due out in December! 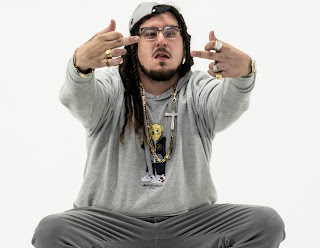 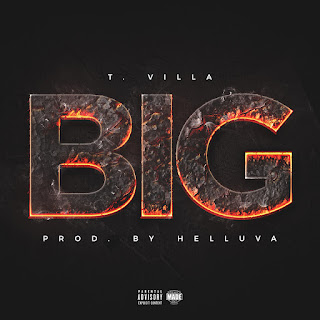 BIG... a hot new single from Detroit’s rising star T. Villa; This serves as an anthem for everybody that wants to do it big, and that’s doing it BIG!!

AMG Presents, Boston George's most anticipated "Blow Talk", a work of art dedicated to the streets. Catch Dave East, Boosie Bad Azz, Young Jeezy and other dope emcees featured on this tape; it's official. Make sure to support the campaign and follow his movement! Uptempo, statement track derived from the viral social media hashtag #IDGAFWABGTSAM produced by Memphis producer Marvin "M7theproducer" Bell. This song is brilliantly composed from the signature Memphis Hip-hop sound of such native artists as Moneybagg Yo along with the lyrical, methodical delivery of X-Mane, that has now grown to be expected.

Posted by The Grynd Report at 2:02 PM No comments:

"Kente" was born November 16th in Albuquerque, NM,and shortly moved to West Memphis, AR . He started writing music at the age of 9. He was the youngest of three kids raised by a single mother, who struggled just to keep food on the table.

At the age of 10 he started to do local talent shows. Pretending to be Kris Cross to A.B.C (Another Bad Creation). He also preformed in local plays (The Jungle Book & Tom Sawyer). By early 1993 his older brother and sister were off to college, leaving him to be the man of the house at the age of 13. He played football in junior high, and one year of travel basketball during senior year in high school. Kente was more into singing and rapping but found himself running the streets heavy with friends, who really didn't have male figures themselves. In 2000 he sang with his high school choir at the White House, for the Delta Conference and later that year had the chance to sing in New York City at Carnegie Hall. After high school Kente set his goals on college, and moved to Minnesota in late 2001.

He attended Brown College in Mendota Heights, MN for Radio Broadcasting. Since 2010 he has owned Independent record label Rasma Recordings LLC where he showcases artists and direct and edits videos. Performed at festivals and opened up for several major acts. Kente has released over seven mix tapes and albums combined under the label. Several solo mix tapes through the label including two collaboration albums.

With the current confusing climate of the United States social system and beliefs. Many are looking for answers and recording artists like Memphis own Kente is awakening people to the truth with visual protest aid like his newly released music video, “Black in America”.

Off his new project of the same title, the video tells a wide screen epic. A southern display of growing up black in America. Black in America delivers on its promise as one of the most eminently listenable albums. Kente shows an effortless charm that will go a long way in setting him apart from todays techniques of contemporary Hip-Hop.

Watch this powerful video below.

Posted by Amanda 'MzOnPointPromo' Goldben at 1:46 PM No comments: 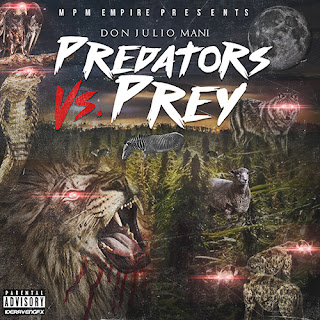 From Washington DC,  residing in the Marshall Heights area of Southeast DC, we have Don Julio Mani. He thrived in the trenches for years after having his son and other life-changing events leading up to Don Julio Mani fully focusing on his rapping talent and transitioning from full-time street hustler to an independent rap star. Today we share with you his 1st mixtape; Predators vs Prey. Listen as he paints the world a vivid picture of his daily life and experiences from a first-person perspective. Don Julio Mani has raw talent and raw flow and he raps what he lives!! Want to know what the DC streets are really like? Press Play and vibe out to Predators vs Prey!

MPR releases new single from artist Chitty “Hundun featuring Boosie Badazz.” Single is the first release from Chitty new mixtape “The World is Mine 2” hosted by OG Bigga Rankin. Single is produced by Steveaux DaVinci. Be on the lookout for mixtape dropping, Black Friday, November 24. 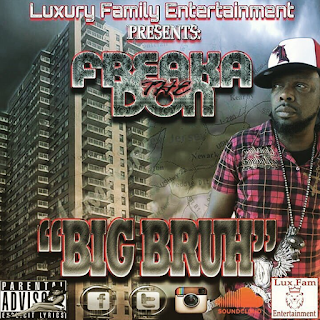 Multi-talented entrepreneur Freaka The Don hits the streets running with the turn-up anthem, OKAY!!!!! ft. Rambo Asap Prod. by Amir Sullivan. The CEO of Luxury Fam Entertainment; Freaka shows off for the lens in the official video for OKAY!!!!! which features a blend of club-type-production, catchy hook, raw vocals and contagious energy!

[Mixtape] MWM Kaos - WHERE I GET MY NAME FROM

Most Wanted Muzik releases new mixtape from artist Kaos "Where I Get My Name From" hosted by OG Bigga Rankin. This 19 track mixtape expresses the struggles Kaos has had to go through and advice the young generation needs to get their head in the game. Kaos strongly believes you can make it like he did. Don't let it be a life sentence or RIP T Shirt with your name on it. This tape is a lyrical guide to struggles and overcoming. Thanks for downloading. New Videos for project dropping soon. 
Click [Here] To Download via MyMixtapez
Click [Here] To Download via Spinrilla 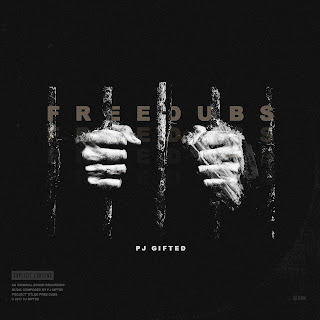 Louisville lyricist PJ Gifted brings us his Free Dubs mixtape, a collection of hard-hitting freestyles with a popular vibe, featuring vocals from Wuntayk Timmy, Vory, Lainie and many more. Listen now, and look out for PJ's full-length album coming early 2018.

Jeezy Mula Is Still Working Behind Bars @JeezyMula80 - Get Back 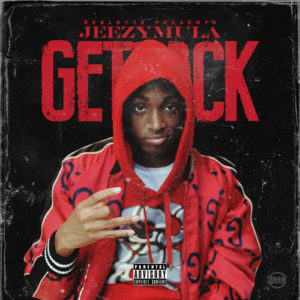 In the rap game, there are artists who take an unexpected leave of absence for 1 or 2 reasons. Either they fell off or got caught up in the system, in the case of Brooklyn born Jeezy Mula, he's away on what we'll call an extended vacation.

Dropping his single "Get Back" in early 2017, he's doing a special re-release of the viral hit and music video. He's making sure the streets know that he has no intentions of going anywhere. When it comes to his love for Hip-Hop and the art of the hustle, Jezzy Mula is all in.

Expected to be back on the scene and home from prison in 2018 after catching bank fraud related charges, Jeezy Mula is influencing Hip-Hop the way characters such as Nino Brown and Money Mitch did on the 90's. Jeezy Mula's lifestyle has assisted him in gathering the support of the NYC Hip-Hop scene and has lead to meetings of signing with Meek Mill who is also now behind bars. The moral fiber of what Jeezy Mula represents is what sets fashion trends, the language, vacation destinations, and what the masses want to become.

Knowing the importance of fan loyalty and creating great music is a lesson he's learned from the greatest to ever rise from the ashes of incarceration. With the recent nuptials of Gucci Mane who set the prime example for how to keep your fans wanting more while you are away, it's only fitting that Jeezy Mula follow the same blue print.

Drawing inspiration from the likes of Meek Mill, this young talent has made a splash on the New York Hip-Hop scene and plans to keep flooding the streets with his presence inside and outside the walls of confinement.


Posted by The Grynd Report at 2:11 PM No comments:

@LilRonnyMothaF ft. @TWayneBSM - "F It Up" {Prod. By Lil Mister} 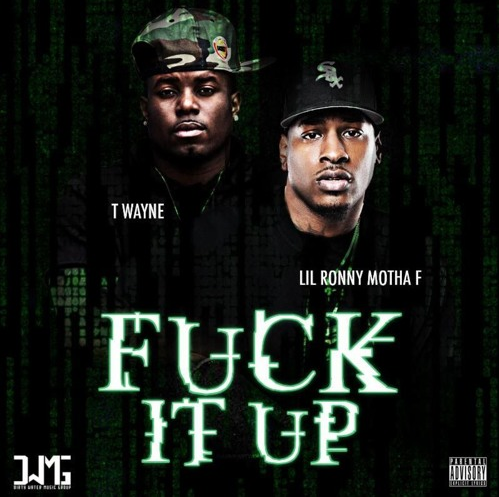 Dirty Water Music Group's Lil Ronny MothaF is shaking up the block with his new single "F It Up" featuring T-Wayne. Lil Mister flexed on the production of this catchy joint, which is the full purpose of the song: stunt on all things mediocre.

"I'm shitting on these niggas / They think I have bubble guts"

Delivering bars and the blueprint on how-to "fuck shit up", this is not your average Hip-Hop team up. This is two of Texas' heaviest hitters and Lil Ronny's and T-Wayne's testimony on how to deliver the best work and show the imitators how it's done. Both artist are known for their worldwide viral hits that put Texas back back on the Hip-Hop map. Check out what these two have f***ed up.

Posted by The Grynd Report at 4:58 PM No comments:

Jamerican singer/songwriter, Marley Waters, is back!! This time with a trailer for his new holiday themed single 'Wishlist'. Marley Waters, who grew up in Boston as a Christian rapper performing in churches up and down the east coast of the United States. He started dancing on shows such as the MTV show, Dance Troupes and America’s Got Talent.

DJ Marley Waters (Previously known as Genesis) is known for creating worldwide sound. A Visionary Artist described as progressive as well as widely known for his electronic, trap, and super bass 808’s that hypnotize the listener to the beat of his drums and abstract melodies. DJ Marley Waters welcomes all to take a journey into Marley’s World.

And now, DJ Marley Waters brings fourth his own very special holiday gift to you and the world. His song Wish List, feat, Sky Nizzy is a wonderful track that is up, bouncy and sure to make your holidays just that much happier.

For an EXCLUSIVE first peek at the video and the track that is sure to be a sure hit for the holiday season check out the trailer below.

Best described as a renaissance man, DJMW first expressed himself to the world through dancing. He and his dance crew, “Status Quo” performed on several major network stations and shows such as Randy Jackson presents “America’s Best Dance Crew” and ABC’s “Good Morning America”. DJMW made his first major film debut appearing in Oscar winning actor, Cuba Gooding Jr.’s new movie, “Life Of A King” directed by Jake Goldberger. Progressively evolving, he continued to excel in songwriting and producing records for platinum, award winning artists, who now give him exclusive unreleased content for his mixing and our listening pleasure.

Posted by Amanda 'MzOnPointPromo' Goldben at 7:57 PM No comments: