Storie's new single 'XXL' is here!!! Find it streaming EVERYWHERE. Make sure add it to your playlist cause this song you will definitely be vibing too!! It's got a dope beat and lyrics that have you singing/rapping along. You can't help but turn up!! 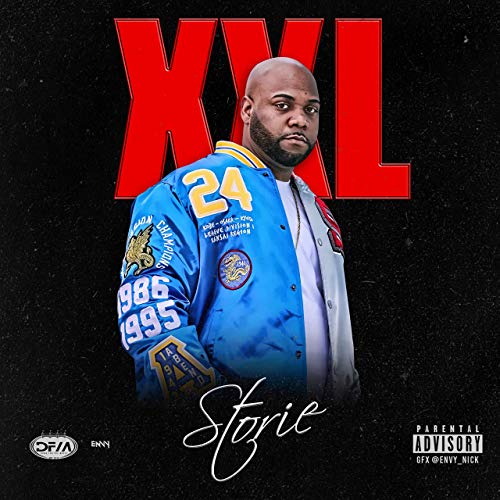 Bronx New York native Storie, has always been heavily influenced by the presence of music. From listening and remixing tracks from artists like Jay z as a kid, to practicing in impromptu cyphers with friends. He’s always made sure music played a roll in all that he did. When asked Storie mentions “My ultimate career goal.. is not only to be successful in music but also in business my goal is to invest, invest in businesses and ultimately open non profit organizations for kids that want to follow the same career path as myself” On this road to success Storie has performed on multiple stages such as the infamous SOB’s, Power is Industry stage in conjunction with Power 105.1,  DJ Kay Slay’s show case and at a number of Gentlemen Clubs in the New York. While only professionally creating music for a few short years Storie Has released multiple projects such as “ One Shot  “ an 8 songs project completed in 10 Days along with a number of other unreleased hits.  Keep it close as Storie continues to make his mark in the game!