Neil Nayyar could be considered a musical genius, the world’s greatest instrumentalist has been breaking a lot of records now playing over 107 instruments here is ready to break into the music industry with his brand new album about to be released in early 2020. 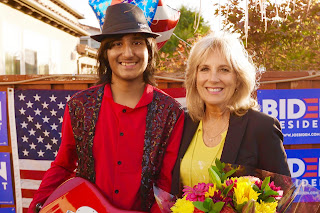 Neil was a kid like no other with a pretty much ambitious dream he believes that the technology era made people flake easily going in a different direction, the teen started to develop his skill very early playing his first instrument at the age of 5.
Nayyar‘s biggest dream so far is to perform the Star-Spangled Banner, the National Anthem of the United States the multi-talented boy freshly signed a contract with Conquest Management alongside that his very supportive father applied for an audition where Nayyar will get a chance to perform in the Sacramento Kings Arena at Golden 1 Center, in downtown Sacramento on November 1st, 7 P.M playing at opening during the Kings Game.