From behind the wall of a New York correctional facility incarcerated prison entrepreneur Chad L Richards self publishes his first periodical, BGE Magazine. BGE stands for Born Greedy Entertainment which he founded back in 2001 at Franklin Correctional Facility while serving time with Max B, Hell Rell & Syhem The Rugged Child. 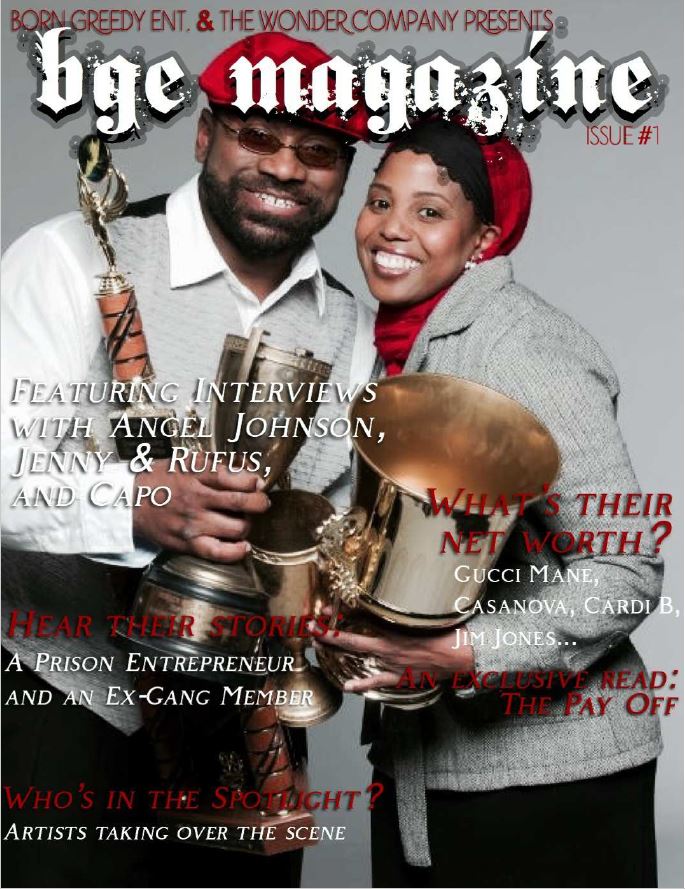 After years of grinding behind the wall from selling candy to self-publishing his first book ‘Bars Behind the Bars Vol 1’ to starting his own sneaker catalog, Rich Vision clothing line & website. He now brings you BGE Magazine which foxes on entrepreneurs whose companies are based around the entertainment industry.
The uniqueness of his publication is that it also focuses on how to encourage male and female inmates to become entrepreneur. But already the system has been trying to shut Mr. Richard’s magazine down by now allowing him to receive a copy of his own magazine stating that due to the fact he’s a ward of the state Mr. Richard’s can not own and operate a business (yet he can sweep and mop floors for .10 cents an hour).
But as always Mr. Richards will continue to travel his own path and march to his own beat while still bring you hot & exclusive interviews and great articles.
What’s also interesting is that BGE Magazine allows inmates who are authors to submit their work to possibly be published in a future issue of BGE Magazine. The only requirements of the inmate is to have the talent to write a complete book within 25 pages and submit the book once it’s complete. BGE will then create the cover, and publish the book in the upcoming issue of BGE if selected.


On that note go out, show support and check out the premiere issue of BGE Magazine today!