R&B songstress Qui Qui Martin, is a female artist you need to get familiar with. Breaking onto the music scene as the former lead singer of the Platinum selling R&B girl’s group Isyss, she is turning over a new leaf as a budding solo artist. To celebrate her signing to an independent label, her new project, and her former group grossing over 1 million streams collectively, she hosted a listening party in her hometown of Baltimore, Maryland. 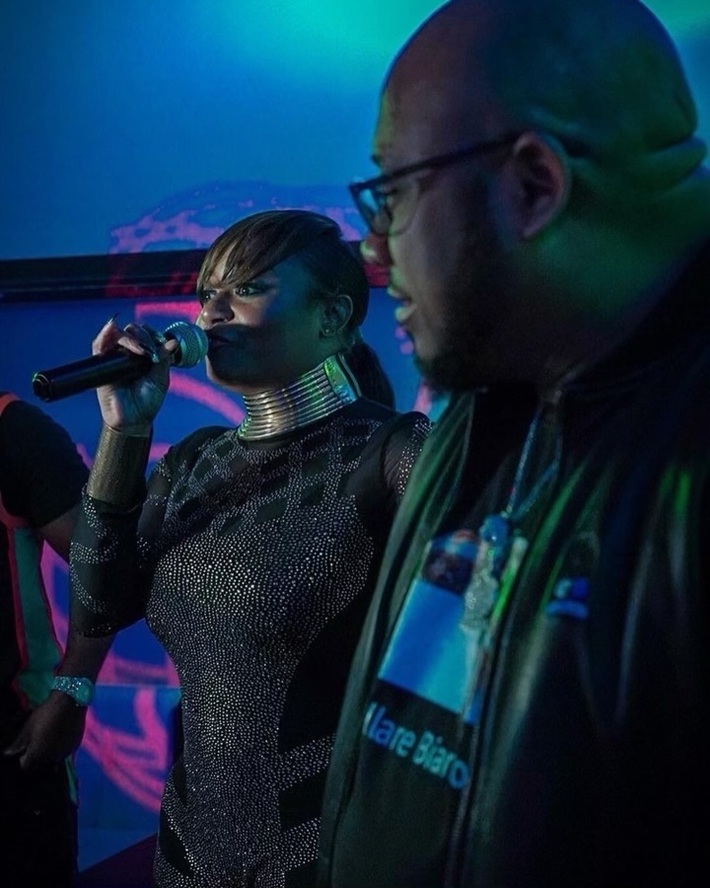 Inviting the general public, industry executives, media, family and friends, some high profile guests who were in the building included DJ Coalition DJ, DJ Duke, labelmates C Mals, TPT Moody, TSO Tadoe, and newest member of 1924 Lor Sosa. Founders of Martin’s label were also in attendance brother Ivory & Jonathan Hawthorne. Hitting the stage, the songstress performed new material, dressed in a black and silver sparkly one piece. DJ Duke emceed and provided the sounds, as she brought the house down at Exclusive Lounge & Restaurant. Qui Qui Martin plans on putting out the best music of her career, so giving her fanbase a taste of what is yet to come, could not come at a better time. Press play below to stream the lead single off of her forthcoming debut solo album titled “Nobody” featuring Tio Taylor.