Jonquiya L. Parker AKA Via Drexx was born in Illinois, residing mostly in the suburbs and some parts of the South. Via Drexxx grew up as a musically inclined child. She would often hear her mother rapping with 2 of her friends. Drexxx's mother was the biggest influence for her motivation to begin writing her own music at an early age and still is to this day. She is an artist that epitomizes the essence of the modern era and she is making music that is conscious and driven by a desire to motivate, inspire and just make music that is relatable to all who listen. 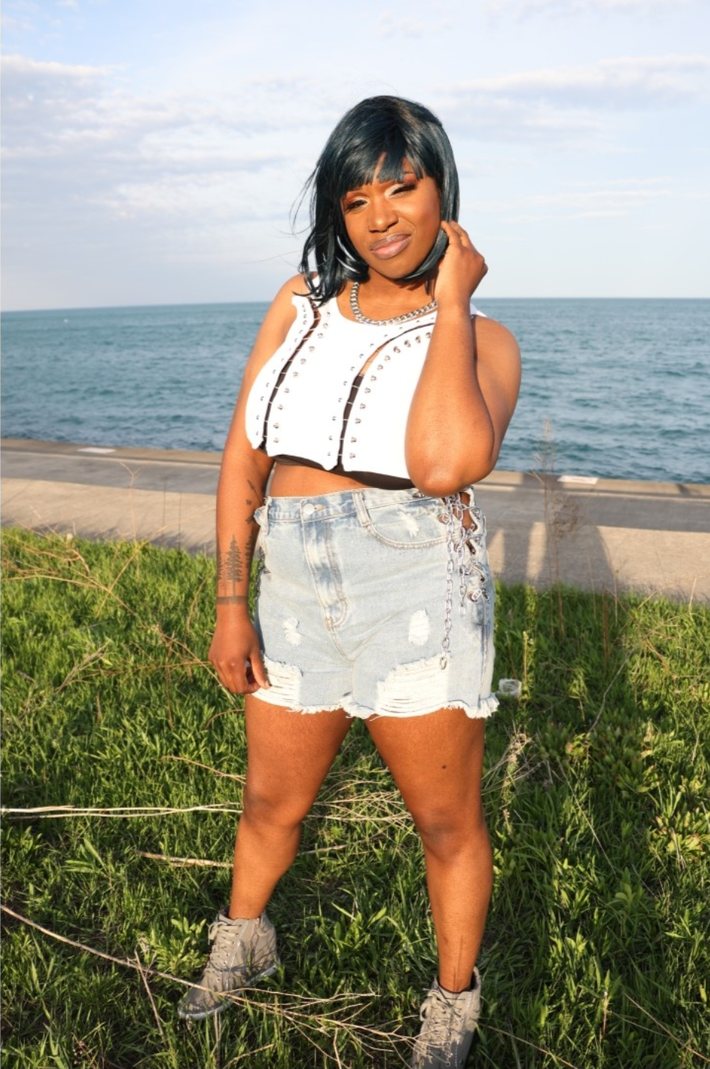 As a musician she has had a vast array of musical professional influences however she accredit the pivotal influence in her music various people including ,The Isley Brothers, Lil Wayne, Drake, Ludacris, Missy Elliot, Kelly Rowland, Lil Kim and Nicki Minaj. This varied spectrum of influences had led to the development of “Via Drexxx” the embodiment of originality and she uses her musical acumen and ideas to create an amalgamated and original sound.
This all culminates in Via Drexxx producing a musical experience that is enjoyable , easy -going and fun but still seeks to provoke thought in a contemporary way. Via Drexxx Also uses her musica a vehicle to express her perspectives and tell stories. Music is her escape and she finds solace in music. Within the last year Via Drexxx has created a platform and slowly growing her fan base since being Managed By Breadwinning Enterprises her career has began to take its journey, she has performed at various showcases, opened up for Chicago's Legends Twista, Do or Die, Crucial Conflict, Shanna etc. at “Chopfest Chicago” hosted by Power 92.3 in addition to pacing 5th at Coast to Coast National Showcase, and released 2 Videos and 2 SIngles ”Hola” & Buzzed where she ft “Jahzi” and just finished recording and about to release “Presidential” worldwide May 14, 2022. Via Drexxx is on a mission to be completed once the world starts vibing to her music.
She notes that even with growing up facing struggles of instability and while living in the south losing vital property almost everything to hurricanes. Despite all she has faced she has stood tall against all odds and is out to show her truest self now through her music . She wants to show that you can still make it and be somebody even if you came from nothing. You work hard until you have something to be proud of and for Via Drexxx that's her music.

Email ThisBlogThis!Share to TwitterShare to FacebookShare to Pinterest
Labels: Fiverr, Spotlight, Via Drexxx